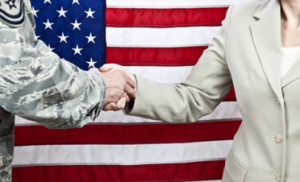 Veterans of Nantucket will no longer have to travel off of the island for primary care, speciality visits, or emergency treatment.

In a recent article by The Boston Globe, it is said that Veterans will now be able to receive services on the island of Nantucket. It has been ten years but now veterans will be able to receive medical services on the island rather than making a journey to places like Virginia in order to receive care. The US Department of Veterans Affairs has worked alongside the Nantucket Cottage Hospital in order to put together a range of services that include primary care, speciality visits, and emergency treatment, according to officials. This arrangement would also benefit veterans by removing an expensive and time consuming issue that they have been dealing with for many years. Many people have neglected receiving any type of medical treatments because the travel is such a hassle. Officials hope to change this.

In a recent statistic only 2% of Nantucket’s veterans are frequent visitors of the Vetran Affairs medical system. This number is very low compared to anywhere else in the United States for veterans. The problem officials want to solve is that many veterans are struggling to receive care and there needs to be a better system in place where all veterans receive care – not only the ones on the island of Nantucket.

While receiving care through this veteran health system is mostly beneficial, it can sometimes present many obstacles as well. According to the VA officials, only 24% percent of the veterans are eligible for health care compared to the 72% veterans across New England, as stated by outreach specialist for the VA New England Healthcare System, Mike McNamara. Moving forward, there are also prospects of there being more regulations and obstacles in the way for Nantucket Veterans to receive health care.

Head of Honolulu VA Vague in Statement about Guam Clinic

It is important for all veterans to have the timely and efficient health care that they deserve.

According to a recent statement by Sloan Gibson, the Acting VA Secretary, Veteran Affairs wishes to be nothing but transparent and accountable to the veterans in the nation in need of care.  In Gibson’s opinion, veterans should be able to trust their system for health care.  However, according to an article recently completed by Guampdn, one VA official appears to not be living up to Gibson’s mandate.

Guam’s Community-Based Outpatient Clinic is under the command of the Honolulu Veteran Affairs; overseeing the clinic is Wayne Pfeffer, the medical director of the VA Pacific Highlands Health Care System.  Pfeffer released a statement recently that was very vague in assessing and declaring the state of affairs for the VA clinic.  In the statement, Pfeffer claims that the Guam clinic appears to have no issue with excessive wait times.  However, Pfeffer’s statement did not provide any facts or statistics to back this claim up.

According to the article, this is information that Pfeffer should have and be able to relay to the general public.  Veteran Affairs has mandated each clinic report figures for a bi-monthly data update to track improvements and continued shortcomings of the clinics across the nation.  If Pfeffer is fulfilling his obligations to the VA, this information should be collected regularly and be on hand for comments such as the one Pfeffer released earlier this month.

The question then becomes what the cause is behind this vague statement.  Does Pfeffer have these statistics, and is simply displeased with the findings?  If this is the case, he could purposely be choosing to hide the information from veterans and the general public.  If, however, he does not have this information on hand, he is not fulfilling his duties by the standards set forth by officials serving the Veteran Affairs clinics and organizations.  Either way, it is clear that Pfeffer is not fulfilling the edict of Gibson, as his vague and misleading comments have only sprouted distrust and worry, not comfort, reassurance and trust.  If Pfeffer cannot be upfront and transparent in his statements on the state of affairs of the Guam clinic, he will be seen as anything other than accountable.

Vets Who Fence Together, Grow Together

Veterans On Guard provides a bonding experience as well as a healthy outlet to work through frustrations.

Veterans returning from service often struggle to readjust to the life of a civilian.  However, finding a way to bond with fellow veterans has been proven to be a successful technique of reacquainting with everyday life; veterans going through the same struggle can work together to ease into normality.  Knowing this, Liz Cross set out to create a free program that would allow veterans to meet and bond, while receiving a fair bit of exercise to help work through the frustrations of previous experiences.

According to an article recently completed by ABC News, when designing this program, only one sport came to mind that could meet all of her requirements.  Fencing, which relies heavily on a combination physical activity and mental agility, would be the perfect solution for struggling veterans and active duty members.  To her, the sport’s emphasis on strategy, focus, determination and a strong honor code just naturally meshed well with the existing traits of those who serve; in essence, to Cross, the sport was a sort of natural extension on a veteran’s abilities.

The group she formed, often referred to as Veterans On Guard or The Fencers Club, began last fall and now holds twenty veterans and active duty members.  Participants are of all ages and come from a variety of wars and branches of the military.  They meet twice a week to study the epee style of fencing.  In a typical session, participants engage in conditioning, the study of footwork and techniques, as well as lunges, jumps and arm work.  Cross’s goal with the group was to engage disabled and able-bodied service members to integrate into the broader community, through a variety of experiences, both involving in the actual study of fencing, as well as through the sharing of stories and knowledge from their time in the service.

Most participating veterans, such as Alberto Cruz, first heard of the program through the VA of New York Harbor’s Healthcare System.  Cruz, a United States Air Force veteran, has found the club to be very beneficial; focusing on fencing allows for a return to something familiar—discipline.  Through the community of veterans, he has also learned so many new things, from vets that served in a variety of different battlefields and wars; it has been a very positive means of getting out frustration and helping others at the same time. 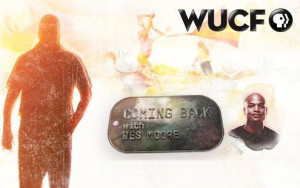 PBS’ Coming Back with Wes Moore.

For the first time in over a decade, the United States will not have an active Army preparing to either enter or continue to hold the ground of a war.  With conflicts in both Iraq and Afghanistan winding down, many questions have been raised as to the future of returning veterans.  According to an article recently completed by The Washington Post, PBS and the Corporation for Public Broadcasting have made it their initiative to create and broadcast more programming addressing these very concerns.

Beth Hoppe, chief programming officer for PBS, believes the particularly unique reach of the network and the deep, compassionate nature of their employees and their individual stations will allow for outreach on their part for veterans.  Hoppe, after the recent event to premier their first attempt at a veteran focused miniseries, was overjoyed by the reception of the veterans in attendance. However, most veterans did express that, although the gratitude they receive for their service is fulfilling, they often wish the conversation could continue past this mark.

As a result, Hoppe has made it her initiative to increase veteran programming on her broadcasts.  She has two target audiences in mind with her programming—veterans leaving behind the support system of their combat units and civilians with a bit of a knowledge gap about military experiences.  Coming Back with Wes Moore will jumpstart this process; the documentary, which is a three part miniseries, focuses around Moore, an Army captain, who looks to answer the question of “what now?” for those returning from the service.  In Coming Back, several issues with be addressed, including unemployment issues for veterans that are a result of a still struggling recessive job market and social media’s impact on the traditional meeting places of vets, such as American Legion halls.  Injuries will also be a focus, as medical marvels allow veterans to survive attacks that would’ve killed them in the past, resulting in a heavy reliance on spousal and medical professional assistance.

After the debut of Coming Back, PBS has already commissioned a Vietnam series by Ken Burns which will be entitled Stories of Service.  In addition to this new and increasing list of programming, the corporation is providing grants to their specific stations in thirteen cities that statistically have high concentrations of veterans, as a means of reaching out and connecting more directly with veteran organizations.