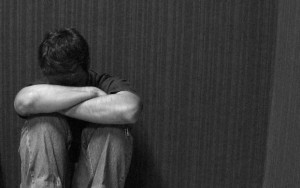 Being sad or in a bad mood can actually help you in the long run. It is best to feel your feelings.

A conception that bad moods are bad for you has taken society by storm.  Keep smiling, experts urge—smile through the pain and it will suddenly vanish.  This is the absolute opposite of the truth, according to an article completed by The Huffington Post to summarize The Depths, a new book by mood scientist Jonathan Rottenberg, PhD. Rottenberg claims that, instead of pushing the bad mood down and ignoring it, individuals should seek to learn from the experience.

According to Rottenberg, bad moods can provide a sense of X-Ray vision, enabling individuals to see through certain social ploys and tricks.  In essence, being a bit glum takes the focus off of ourselves and allows individuals to become instantly more perceptive of others.  Rottenberg discovered this after a series of experiments, wherein he showed a short, depressing film and then allowed participants to engage in a debate.  Those who considered themselves to be sad structured arguments superior in analysis and set in concrete details.  This allowed those who were sadder to become more persuasive than those who described themselves as happy.

Similar studies have shown that glum attitudes can improve recall, reduce errors in judgment, raise awareness for lies and help the individual to be more polite, enabling those who are sad to get along with others better.  In essence, this research indicates that garden-variety sad moods can allow people to become more deliberate—skeptical and careful in how they process information and the actions of others around them.

Many seem to believe that sadness or reflection on shortcomings is too focused on the regrets of the past—that time would be better spent focused on moving forward.  Rottenberg argues that this is an incorrect interpretation of the “coulda woulda shoulda” mindset, which has an inherent forward momentum to it; the individual uses this thought process to understand why bad things have happened in order to prevent a future recurrence.

Finally, Rottenberg argues that bad moods, although troubling at the time, will help the individual feel better in the long run. Spending a bit of time in the trenches of a garden-variety bad mood could work miracles towards evading the sinkholes of major depression in the future.  In essence, in order to keep the past from continually affecting the individual, one must wallow before they can move forward into the future.  Being able to accept negative feelings is associated with feeling better, not worse; attempting to avoid the issue altogether would, in fact, be the step backward.  People cannot reach peace with their past without first focusing in on the sadness it rains down.