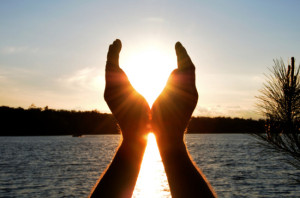 Spirituality can help protect one’s mental health and help them feel a sense of self-worth and direction.

Spirituality is, by definition, varied; there is no one perfect definition of what one’s spirituality entails, according to an article recently completed by the Mental Health Foundation.  When someone speaks of their spirituality, they could be referring to their religion or faith, the direction in their life—the journey they believe themselves to be on, a way of understand the world and their place in it, a core aspect of their personality, identity and humanity, an existing feeling of belonging or a quest to find one such feeling or some form of a belief in a vague higher being or force greater than themselves. Generally speaking, the distinct difference between spirituality and religion is the broader use of the word; spiritual beliefs can be particular to the individual, whereas a large group shares religious beliefs and follow and expressed teaching.

Just as definitions for the word vary, the development of one’s spirituality and the means of expressing it differ as well.  Traditionally, there are religious practices, such as worship, prayer and the reading of religious texts.  However, just as some of the definitions of spirituality could be considered alternative to mainstream religions, some forms of expression and development are just as varied.  A group could simply choose together casually as a spiritual community, to live together by certain values.  Rituals—thought of so fondly by many religious groups—also play a role in spirituality and the communities formed.  Particular foods or types of clothing could be use to mark a group of common beliefs.  Activities such as contemplation and yoga can be engaged in, to seek self-awareness.  Alternatively, some define an act of spirituality as something as simple as friendship or volunteer work.