Returning The Favor: Protecting Our Veterans

It takes a special someone to take on the life of a soldier. For most, the risk versus reward is all the deterrent they need from taking on such a dangerous job. And it’s not just the soldiers who endure the rigors of service. Families of our country’s soldiers know all too well the anxiety, the collective holding of breath while their loved ones are away from the safety of home. But what happens when soldiers come home and are denied the support they were promised from day one? 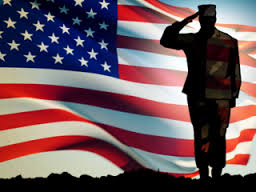 Far too often, our veterans survive war-torn battlefields only to come home and fall victim to bureaucracy. Just one veteran slipping through the cracks is inexcusable, let alone the innumerable cases in existence. The numbers are proof enough of this terrible trend, and with less than 80% of claims being met by the government, the Veterans of our country are being treated to a modicum of the respect they deserve.

With an average turnaround of eight months to a year for meeting claims, recent data shows that nearly 890,000 pensions and compensation for military personnel remain pending. What could be jamming up the gears? With more willing men and women joining our armed forces every day, how can we ensure they won’t fall victim to the same neglect?

Analysts chalk up the lack of attention to a massive increase in the cost of running our military industrial complex. The projected cost of meeting the required benefits of our veterans, whether compensation for the disabled, pensions for low-income families or educational assistance is estimated at $76 billion. This figure is more than triple the amount in 2001, and it stands to reason that as our economy inflates, the funds needed to meet that rising tide would rise along with it.  The cost of maintaining the level of veteran coverage in 2022 is estimated to increase another 70%, projecting costs of nearly $130 billion.

Though the rising cost to do business is a contributing factor to the delay in meeting veteran claims, the aging group of surviving Vietnam and World War II-era soldiers require care for the multitude of ailments brought on by old age. Cumulatively, one-third of veterans in need of aid are from Vietnam, exceeding the combined claims of the Iraq and Afghanistan veterans.

Woefully understaffed, underfunded and unequipped to handle the amount of claims flooding their offices, clerks responding to claims are up against a wall. No one would willfully deny a soldier their due, but the ever expanding gulf of inadequate resources on both sides has left a chasm in which countless victims fall. Priorities must return to those who were willing to put others before themselves, lest the public stop caring about the welfare of their country’s military.