At a California horse ranch on a mid-September afternoon, Martha Beck blindfolds two men and instr 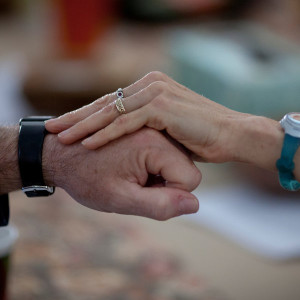 ucts them to think themselves as animals and using only their sense of hearing to tag each other. The crouching men, one pretending to be a mountain lion or bobcat, and the other pretending to be a monkey are a lawyer and tech executive respectively. Martha Beck, on the other hand, is a life coach and owner of the horse ranch. The men are there as part of a weekend getaway and training session, provided by Ms. Beck, which she calls “Escape from the Man Cage.” The purpose of this eccentric training exercise is to awaken the senses and instincts that have been deadened by desk jobs and smartphones.

As the men stood frozen, neither making a move, Ms. Beck told them, “the way we do anything is the way we do everything.” Waiting for their turn were 10 other men, all of whom paid $3,000 to be there and take part in Martha Beck’s exercises. For years, Ms. Beck has been offering such weekend retreats, targeting individuals who may be unhappy with their current careers or lifestyles, but has so far mostly attracted women. However, believing that men too could use help, coaching and the chance to be happy, Ms. Beck has begun tailoring specific training sessions for men.

The price tag, as hefty as it may seem, is well understood given Martha Beck’ 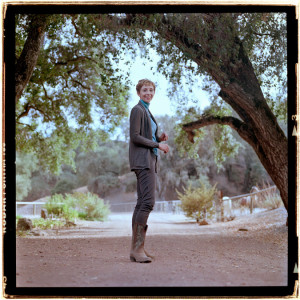 s meteoric rise in popularity and demand within the nearly $2 billion coaching industry. Ms. Beck is well known among female-centric circles, particularly among women who are fans of The Oprah Winfrey Show, on which she has made guest appearances, or the fans who read her monthly column on O, Oprah Winfrey’s magazine. In 1999, Martha Beck published her best-seller, “Expecting Adam: A True Story of Birth, Rebirth and Everyday Magic,” about her journey with her middle-son, Adam, who was diagnosed with down syndrome in-utero. After appearing on Oprah in 2000, her coaching services were in such high demand that she formed her own company, Martha Beck Inc.

Martha Beck has turned her life coaching services into a multimillion dollar business, with clients like General Electric and individuals spanning across various career fields. Part of Martha Beck Inc. is also dedicated to training new people in becoming life coaches and passing on the “Martha Beck method.”